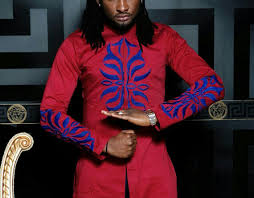 African wears are known to the world for the numerous prints, the patterns colors of the wears are often used to distinguish one African tribe from another.
African wears/clothing Is the traditional clothing worn basically by the people of Africa

The African wear is a diverse topic that is able to provide a deep look into the African cultures, and it varies from luminous colored textile to embroidered cloths, to brightly colorful beaded bracelets and necklaces. The main theme of clothing Is the versatility of prints of the wears. The wears are worn by millions of people for both ceremonial occasions casual wear.
The wears may consist of a single item or a fully composed outfit simple to complex in styles designs. Both men and women wear variations of the clothing pattern and of are often deep with tradition.
The African clothing is made from a wide variety of materials example :
● Adire (tie-dye) made by the people
● Aso O fabric, woven by the Yoruba people
● Bark Cloth made by the Buganda tribe
● Kente cloth by the Ashanti
● Mud cloth made by the Bambara tribe e.t c.
African clothing in all instances except rural areas have been replaced by Western clothing introduced by the European colonialists.